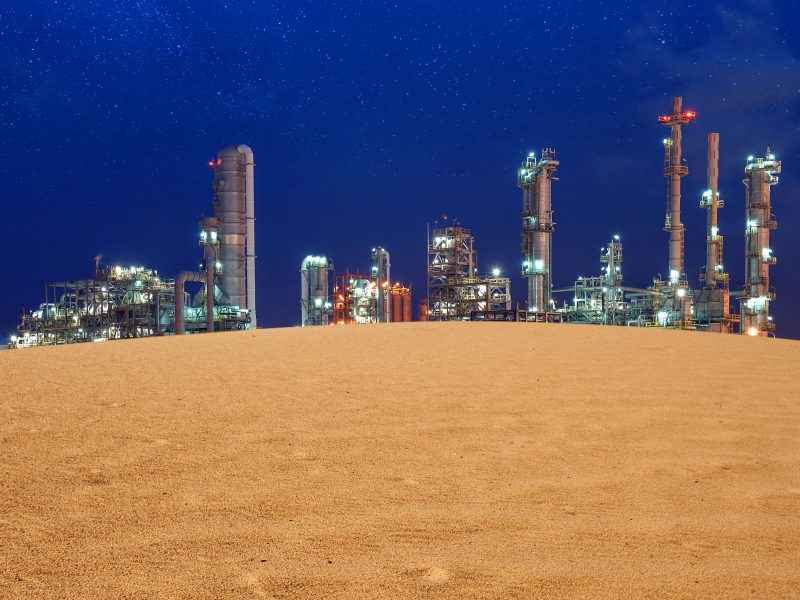 Downstream IoT: Where the Refinery Meets the Road

The downstream sector is where the oil and gas (O&G) industry meets the consumer, transferring fuels from refineries right to neighborhood gas stations.

Downstream operations are the refining processes involved in converting crude oil and natural gas into finished products. Commodities include common propellants such as gasoline, diesel, and jet fuel, as well as heating oil. Other less familiar products such as synthetic rubber, plastics, lubricants, fertilizers, and pesticides also result from the refining process.

There are over 6,000 O&G wholesalers in the U.S., from single companies to global multi-location operations, running a total of 135 operable refineries in January 2020.

Like the entire O&G industry, the downstream sector is undergoing a downturn thanks to the ongoing Covid-19 pandemic. The consumer-facing business has been hard hit, particularly by international travel restrictions.

The U.S. Energy Information Administration (EIA) finds that commercial jet fuel usage fell from an average of 4.3 million barrels a day (b/d) in January and February of 2020 to 1 million b/d in April. The EIA estimates that during the first two weeks of July, commercial flights consumed around 1.6 million barrels b/d of jet fuel, 69% less than the same period in 2019.

There are currently around 115,000 gas stations in the U.S. That number has dropped steeply over the last two decades as profit margins for owners decline. This partly due to the prevalence of fuel-efficient cars in the U.S., while electric vehicles are becoming more common in the nation and across the world.

According to the EIA, around 5.5 million households in the U.S. use heating oil (distillate fuel oil) as their main home fuel. About 82% of those households are in the Northeast of the country.

Oil refineries are a massive part of the downstream O&G segment. They are responsible for producing most petroleum-based products. Unplanned outages due to mechanical failures can cost billions for the O&G industry.

According to Reuters, refineries in the U. S., Canada, and Mexico in 2019 experienced some 2,000 unplanned outages that compromised production. That is, more than four times the amount in 2015.

Predictive maintenance using IoT systems is a key element in keeping refineries online. Components like pumps and compressors, used in oil distillation units, diesel hydrotreating units, fluid catalytic cracking units, and sulfur recovery units, as well as preheat trains in the crude units, are critical to operations and must be regularly monitored and maintained.

By utilizing IoT systems that combine data from temperature, vibration, and flow rate via sensors attached to potential fault points, along with production and environmental data, and correlating this information with predictive models, refineries can predict whether a component is likely to fail before a problem arises.

Remote monitoring of tanks and industrial equipment via wireless devices (satellite/cellular/LPWAN) in the downstream sector plays a major part in the oil and gas industry. Berg Insight reports that this is presently the main use for wireless devices in the business, with 1.3 million units in use in the O&G industry at end of 2018, and the numbers are expected to grow to nearly 2 million devices by 2023.

Wireless sensors can help defend refineries and other restricted areas from one of the big threats in the downstream sector — oil theft. Since the majority of the world still relies on oil as a fuel source, smugglers still find buyers for their illicit gains. Sensors can help O&G companies to secure oil tanks and doors from tampering and illegal activity that can result in human casualties, economic loss, and major environmental damage.

O&G workers in the downstream sector operate in intrinsically hazardous environments. Cloud-based, mobile, wireless monitoring systems can relay crucial real-time information to the employer about the volume of dangerous gases and explosive materials in the work area, as well as employee location. This last is especially relevant as companies ramp up personal safety measures in the face of a pandemic.

Generally, PwC estimates that digitizing operations can cut downstream operating costs by 20% and increase plant efficiency overall by 12%. Offering digitalized technologies, such as real-time database control, video analytics, automation, and predictive maintenance systems, can reduce accidents and unplanned downtime, helping to improve a company’s bottom line. On the home front, the use of smart sensors will allow households as well as delivery companies to receive notifications when fuel level goes down, saving time and expense for both.

FieldIntell, a Network Innovations company, has IoT solutions to provide the edge-intelligence and insights that oil and gas operators need to preemptively address the safety, performance, and productivity challenges common in the highly distributed and complex O&G sector.

Read the Midstream Oil and Gas Blog: MIDSTREAM GOING MAINSTREAM, USING IOT TO GET FUEL (& DATA) TO THE RIGHT PLACES